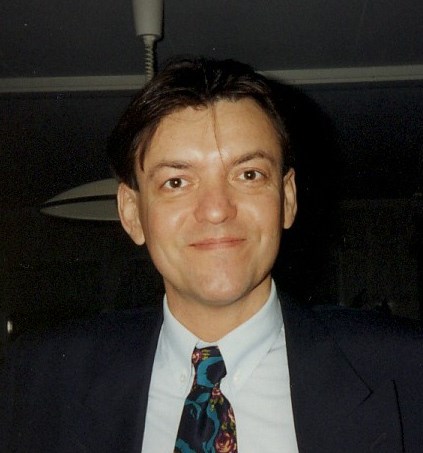 His interest in skating began at an early age, and already at the age of 4-5 years, after seeing his first World Championship in Figure Skating on TV, his biggest passion came to life.
After that, he never missed an opportunity to "spin a few pirouettes" whether on the ice rink or a frozen puddle.

First as a teenager, he began practicing Ice Dancing, but unfortunately because of his age and time consuming medicine studies (his second passion in life), this "career" ended and his dreams have been put on hold. He became a doctor and worked as a consultant cardiologist at Sahlgrenska University Hospital. But his dreams and passion lived on and eventually he discovered Synchronized Skating and his dreams became even stronger and bigger.

Having reached the highest level as a synchronized skating judge, Leon had experienced the position as the referee at the ISU World Synchronized Skating Championships as well as Technical Delegate at such events. For many years he was a member of the board of the Swedish Figure Skating Association and was a former chairperson of the Synchro and Ice Dance Committee. He was also much engaged in organizing international competitions and was head of the organizing committee at the ISU World Challenge Cup in Gothenburg in 1999.
Leon Lurje spent a lot of his life working hard to develop the discipline of synchronized skating.

At the time of his tragic and much too early death, at the age of 48, he was chairman of the Synchronized Skating Technical Committee of the International Skating Union (ISU) and the only Swede in such a high position regarding Synchronized international figure skating.

Leon's big dream, which he often talked about, was to organize an international synchronized skating competition with focus on the novice category, which he felt was very important for Synchronized Skating development and future.Thanks to his colleagues and friends in Swedish Synchro family, with Christian Wieland behind the steering wheel, his dream became reality and Leon Lurje Trophy was instituted to honour his memory, in 2007.

"Let's hope his dream goes on and on and on."

This is what we wrote 14 years ago. Since then, the Leon Lurje Trophy has developed and grown and, in 2019, it became the largest competition in the world in the Synchronized Skating discipline according to the ISU.

The Lurje family would like to take this opportunity to pass on their congratulations on this fantastic result. We would like the express our deepest gratitude to all the skaters, trainers, organizers, judges, officials, parents and sponsors and, not least, the visitors who have made the Leon Lurje Trophy such a fantastic experience!

Thousands of Heartfelt Thanks